A puppet on a stage lives. Or, rather, we will eventually believe it does.
From where we sit, amongst strangers, but equally as a fellow audience,
we see a puppeteer with his puppet and we follow both their movements across the stage.
Before long, we will stop noticing the technical details
and discontinue our ceaseless wonderment of: “How are they doing this!”.
And with that, the puppet now has our full attention. It no longer just moves.
For us, on that stage, it lives.

In puppet theatre, a puppeteer aids a certain tension between his puppet and its audience as he builds their relations around the suspension of disbelief. For a short period of time, as an audience, we willingly depart away from any form of critical thinking in favour of enjoyment. Thus, in the hands of the puppeteer on stage, the object (puppet) slowly transcends through its ontological ambiguity into a subject.

As narrated scenes are being played out, what goes on in our mind then, is the interplay between our current perception of the puppet’s objectness and our eventual imagination of its subjectness. With time, true to the mission of any visual dramaturgy, we will form meanings from the resonating abstraction we see on stage, to the things we can relate to by accessing a comparable memory.

The equivalent of this spectating experience can also be felt at any artist’s studio as well as at his/her resulting exhibition, where the spatial accord between the viewed artwork and its viewers results in the latter’s emotional, intellectual, and aesthetical shifts. But how do you depict that unseen, fleeting — nevertheless, undeniably felt presence?

In his second solo exhibition at Mizuma Gallery, Iwan Effendi, a visual artist and Co-Artistic Director of Papermoon Puppet Theatre, showcases his new body of work which represents the phenomenology of the transformative elements of a live performance.

Whilst with puppet theatre-making, he is accustomed to begin each work in a narratological manner, his current exploration investigates the elements outside of narration — albeit still being faithfully within his universe of puppet theatre. Through drawing and withdrawing, Effendi arrives at a range of exciting mediums that includes printmaking, etching as well as video projection, and with careful excitement, he delves into the uncharted realm in between each end of a circular trajectory of a puppet, its puppeteer, and their audience. 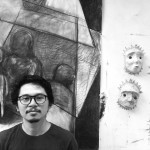 Iwan Effendi (b. 1979, Yogyakarta, Indonesia) studied at the Department of Visual Art in Indonesia Institute of the Arts, Yogyakarta, Indonesia from 2002 to 2004. In April 2006, Effendi and his wife, Ria Tri Sulistyani, founded the Papermoon Puppet Theatre. His solo exhibitions to date include Face to Face at Mizuma Gallery, Singapore (2019); Lunang at Lir Space, Yogyakarta, Indonesia (2013); Eye of the Messenger at Yavuz Gallery, Singapore (2011); and Two Shoes for Dancing at Valentine Willie Fine Art (Project Room), Kuala Lumpur, Malaysia (2009). He has also participated in group exhibitions in Bulgaria, Singapore, Australia, The Netherlands, Philippines, France, Japan, United States, and Mexico. He has undertaken residencies with the Museum of Art in Kōchi, Japan (2015); Federation Square, Melbourne, Australia (2014); and Asian Cultural Council in New York, USA (2009-10) researching on puppetry, visual, and performance arts. Effendi lives and works in Yogyakarta, Indonesia. 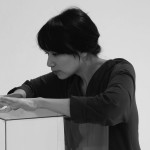 Artati Sirman (b. 1986, Jakarta, Indonesia) completed her BA in Fine Art at Central Saint Martins, London, and MA in Art Business from Sotheby’s Institute of Art London. Her main interests focus on art market research and arts management. She currently investigates issues that revolve around and between the beginning and completion of an artwork in the context of studio practice. Artati Sirman is currently based in Bandung, Indonesia, where she provides consultancy for Gormeteria and oversees Media Relations at Selasar Sunaryo Art Space.