Mizuma Gallery is pleased to announce Here We Are On Earth, a solo exhibition by Geraldine Javier.

More than ten years have passed since Geraldine Javier last had a full-scale exhibition in Singapore. Much has changed in her life and work since then. She has exhibited in Germany, Slovakia, Cuba, China, South Korea, Australia, Thailand, Indonesia, and, of course, several times in the Philippines. Her work has become less gothic, not so death obsessed, more concerned with nature – and, above all else, subtler and more complex.

Nine years ago, Geraldine built a studio in the countryside and left Manila with its constant noise, pollution, and confusion. This, however, was not an act of escapism. It led not only to a greater engagement with nature – specifically her garden – but also with her new local community. Not only does she involve many local people in making her installations (fifty worked on her installation for the Havana Biennial, eleven worked on her new installation for this Singapore exhibition, embroidering, carving, gold-leafing), she has also helped initiate ecological projects and political campaigns.

Her zeal for plants and gardening, her interest in other gardeners – from Claude Monet to Derek Jarman – has underpinned recent exhibitions. For this exhibition, she has widened her horizons to the heavens themselves. Photos from the Hubble telescope of star systems dying and being born were stuck to her studio wall. Not to copy in anyway, but as a reminder of how worlds and life systems are created, how life emerges from flux.

Last year, when Geraldine began working on the work for this exhibition, we were, or she then believed we were, at the tail end of the pandemic. She was feeling optimistic and thinking a lot about the possibility of existence somewhere else. Having read a lot of sci-fi and fantasy, she was thinking not only of what it would be like living somewhere unfamiliar, but that we too on this earth could start over again. That the pandemic might have taught us, as it had taught her, a better connection to the world we live in. But like everyone else, she has been affected by the vicissitudes and turmoil of 2022 – the way the pandemic has dragged on, the defeat of the liberal candidates, the cost of living crisis, the invasion of the Ukraine. The works for this exhibition, however indirectly, reflect this troubled year.

One thing has not changed: her innate ability to make beautiful things: the installation, the paintings, large and small. Beauty here is not an indulgence but a moral value: the promise that behind all this flux and change and apparent chaos, behind all the fiddle-faddle of our daily life, there is something else, something constant and persistent, the promise of a better world, a better time. We can improve things. If we try.

One other thing that has not changed: her determination to carry on.

Here We Are On Earth, a solo exhibition by Geraldine Javier, will run from 19 November to 18 December 2022 at Mizuma Gallery, 22 Lock Road #01-34 Gillman Barracks, Singapore 108939. The gallery will open from 11am-7pm on Tuesdays to Saturdays, and 11am-6pm on Sundays. The gallery will be closed on Mondays and Public Holidays. In conjunction with the launch of the exhibition, an artist talk session will be held on Saturday, 19 November 2022, from 3pm to 4pm, followed by an opening reception from 4pm to 7pm. A digital publication with images of the artworks and texts by Michelangelo Samson and Tony Godfrey will be available. 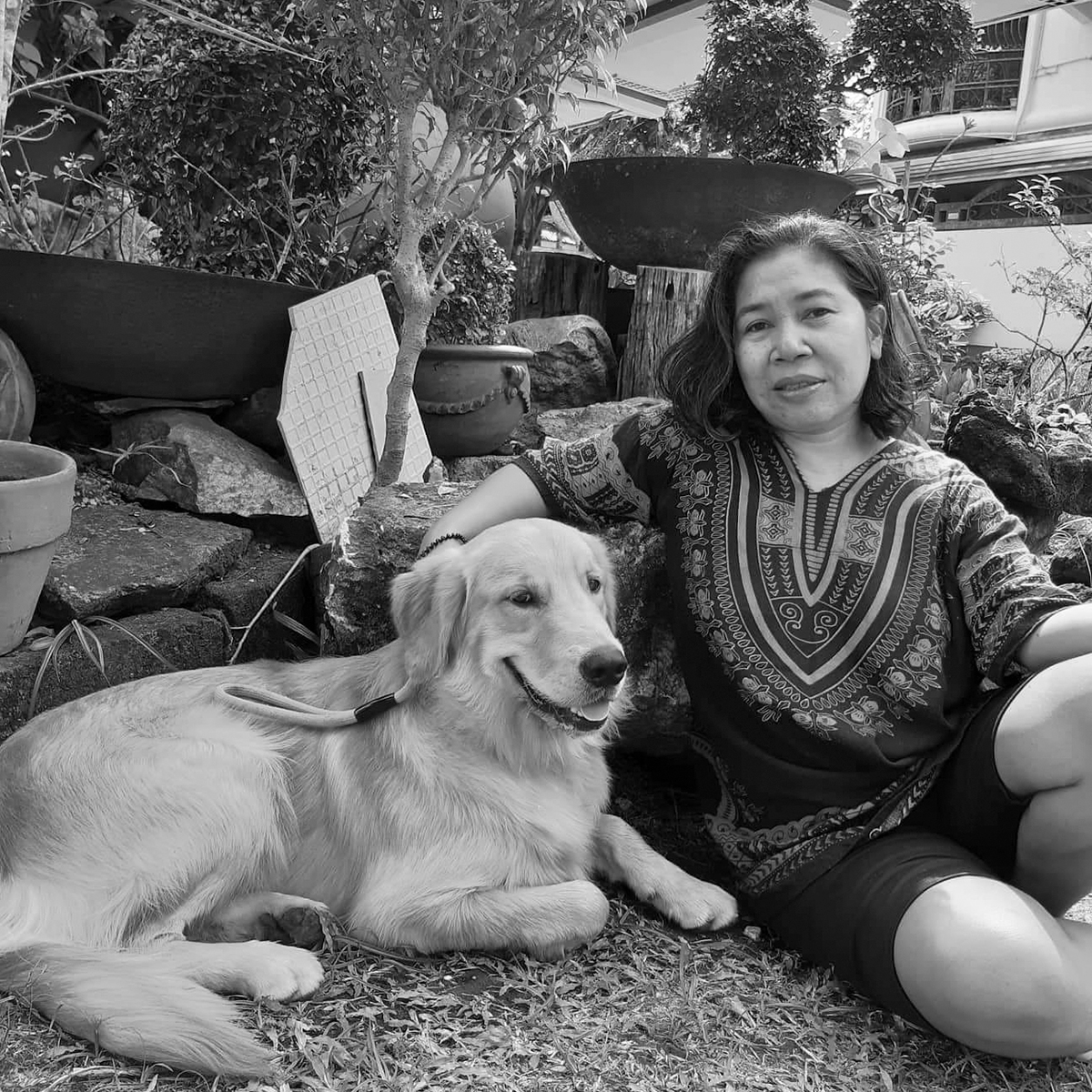 Geraldine Javier (b. 1970 in Makati City, Philippines) was brought up in the Philippines in the provincial town of Candelaria. In 1987, she moved to Manila to study nursing at the University of the Philippines, graduating in 1991, placed 8th in the annual Nursing Board Exam. In 1993, she returned to the Fine Arts Department of the same university, leaving in 1997 before graduating. In 1995, she had her first solo exhibition, and by 2019, she had had another 34 solo exhibitions in the Philippines, Malaysia, South Korea, Singapore, Germany, and China. From 1999 to 2003, she was a member of the Surrounded By Water collective and showed in their gallery in Angono and then Manila. She has remained connected with the collective, though they now exhibit together only occasionally. Much of her early work was in collage form, but it was with paintings that she established her reputation as an inventive artist. They were characterized by either melancholy or wit: death and childhood were frequent subject matters. By 2008, she was making fabric works with the paintings and combining them in installations. From then, her exhibitions would normally be a mixture of paintings, installations, and objects. Paintings would often have collaged elements, notably preserved beetles and butterflies. In 2013, she moved south from Manila to the countryside in the district of Batangas. A committed gardener, her work increasingly dealt with our relationship with nature. Also, much work, especially during the pandemic, was community-orientated. In 2019 she exhibited at the Havana Biennial. Around this time she began exploring two new forms of painting: palimpsestic and encaustic (with use of blowtorch). Geraldine Javier lives and works in Batangas, Philippines. 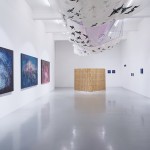 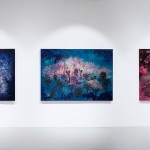 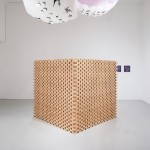 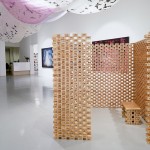 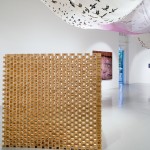 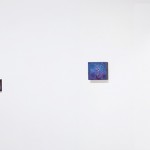 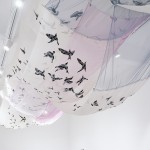 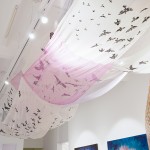 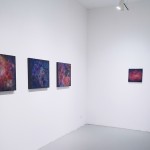