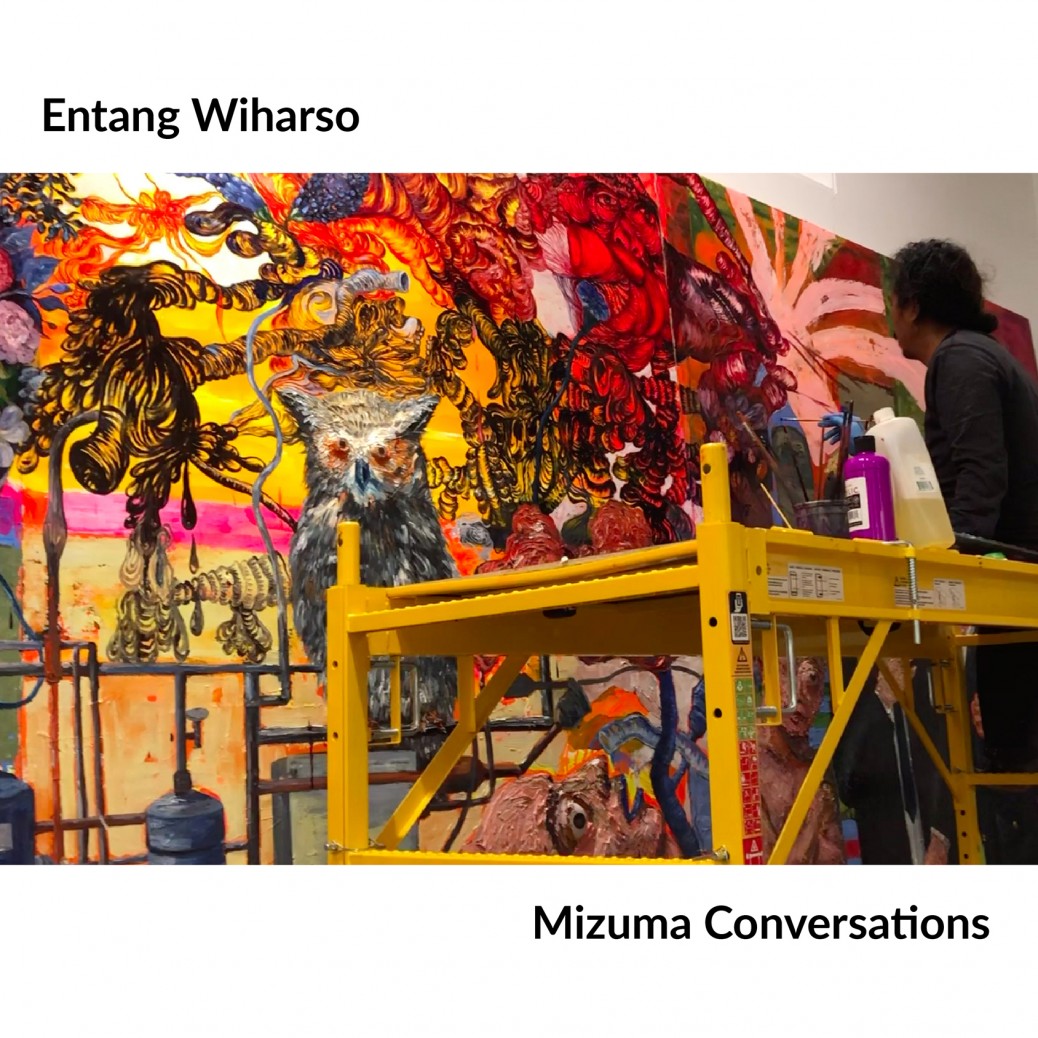 Indonesian artist Entang Wiharso is known for his provocative works conveyed through bold visuals. Born in Tegal, Central Java, in 1967, Entang graduated from ISI Yogyakarta with a major in Painting in 1994. Since 1997, Entang has been dividing his time between his studios in Yogyakarta, Indonesia, and Rhode Island, USA where he lives with his wife and two sons. The exhibition “Hybrid Brain” held at Mizuma Gallery in 2018, showcased Entang’s body of works produced in both studios. It explores the issues of identity, belonging, and otherness in an increasingly mobile society where acceptance and integration are rare privileges coloured by ideology, social statues, and genetic heritage.

Tune in to our latest IGTV video to catch a glimpse of Entang Wiharso’s studio in Rhode Island, and to hear his thoughts about his work process and how he sees himself as an artist. If you are curious to find out more about Entang and his exhibition “Hybrid Brain”, do head over the exhibition webpage (https://www.mizuma.sg/exhibitions/past/2018/09/19/hybrid-brain/) to download the e-catalogue with an exhibition essay written by Loredana Pazzini-Paracciani.

Cover Image:
Entang Wiharso at his studio. Image courtesy of the artist and Dominic Wiharso.