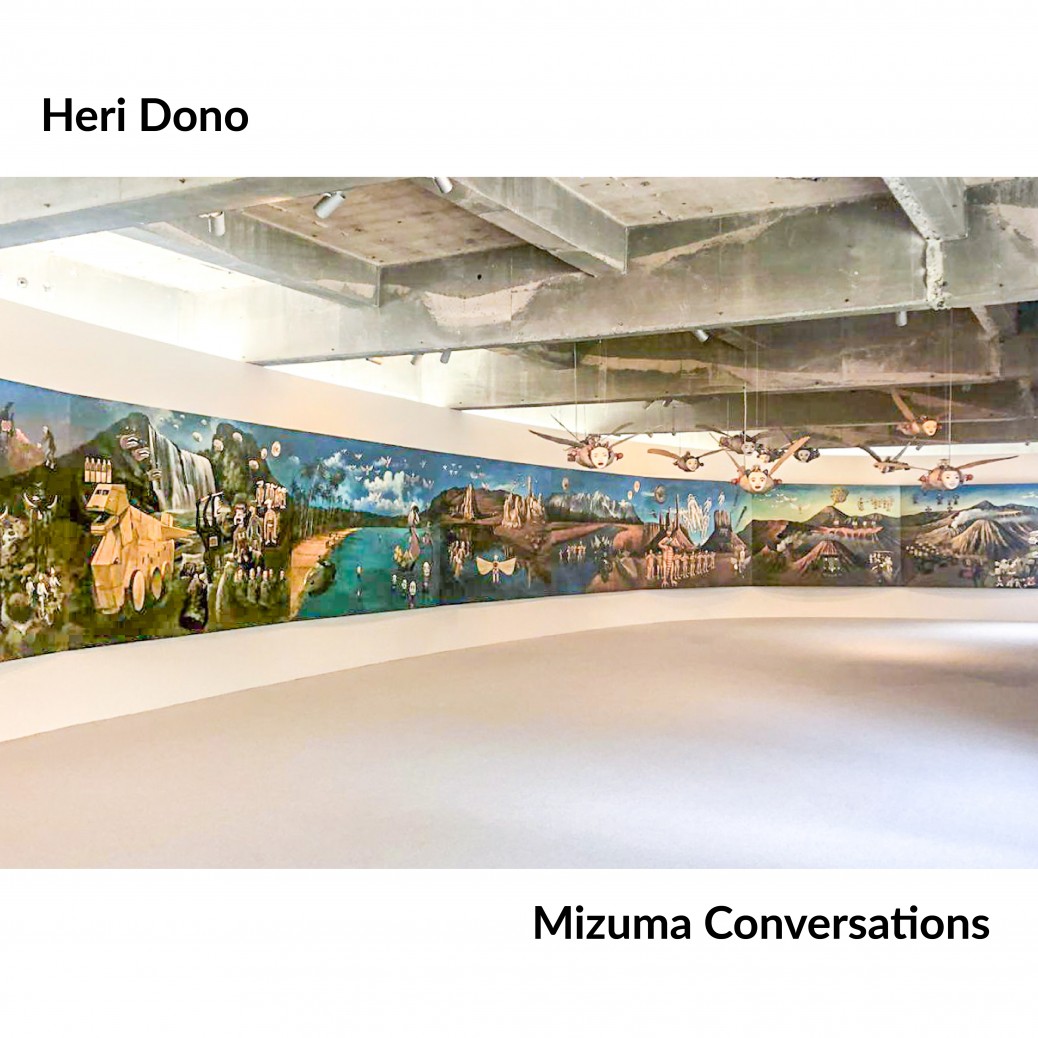 Mizuma Gallery presents Mizuma Conversations, a series of in-depth interviews with featured artists. Artist in feature here is one of Indonesia’s foremost contemporary artist, Heri Dono, whose prestigious career over the past three decades has won widespread international acclaim.

The vibrant aesthetics and popular appeal of Heri Dono’s practice is synchronous with its engagement with political concerns: born in Jakarta in 1960, the artist’s personal experience of the former Suharto regime profoundly influenced his works’ underlying societal critique. In this sense, the fantastical monsters, beasts and other characters that populate his compositions may be seen as subversive analogies of figures of power.

He shares more about his artworks, The Odyssey of Heridonology (painting) and Angels Fallen from the Sky (installation), currently on display at Fukutake House in Japan.